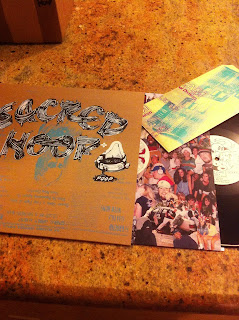 Mailorder prices: US: $30, Everywhere else: $40, limit 3 per buyer OUTSIDE US: $50, limit 1 per buyer SOLD OUT
This a remastered for vinyl reissue of Sacred Hoop's original demo tape, originally distributed only on cassette back between '94-'96. This re-issue also includes the never before released instrumental of Jedi-Subterranean, making it 8-songs total along with the original 7. These songs were written and recorded in the Bay Area and Arizona between '93 and '94 with Esoniq 16-plus and ASR-10 production by Vrse Murphy, delusional rhymes by Luke Sick and cuts by both; all recorded on a Tascam 688 8-track analog cassette recorder and mixed to DAT tape; and all heavily influenced by golden era hip-hop from '87-'92. Each cover was individually designed and hand-screen-printed with unique colors and backgrounds under SH Duchamp-toilets logo by Eric Kneeland of Black Stamp Press, making each cover a one-of-a-kind piece of art. The record-label art was drawn by Matt Loomis and taken from a Sacred Hoop show flyer from 1999. Also included are a two-sided full-color photo collage sleeve of the crew and cohorts from back in the day and an envelope full of secret messages [like a unique letter hand-typed and signed by members of the Hoop among other goodies], and the envelope has been screen-printed with images from the Tascam 688 instruction manual. Here are more pictures of the labels, the back cover and some examples of the different covers: 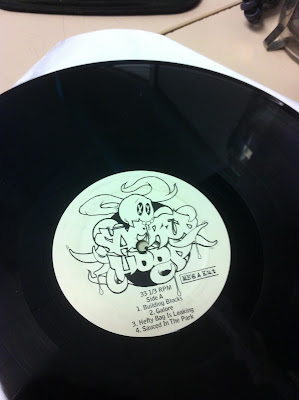 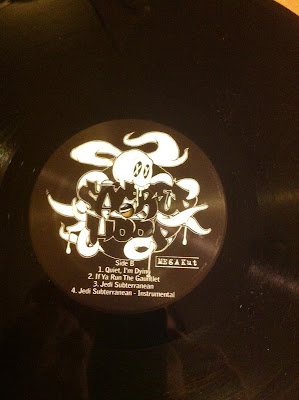 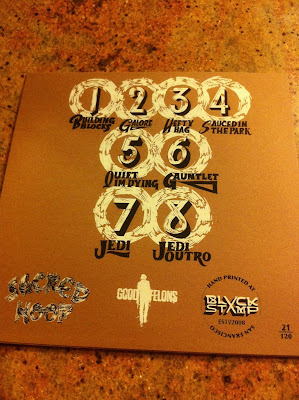 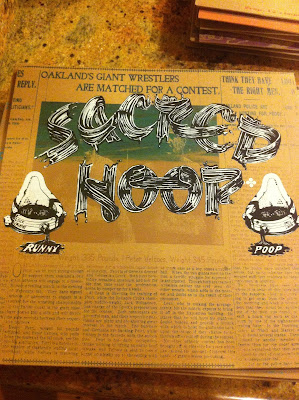 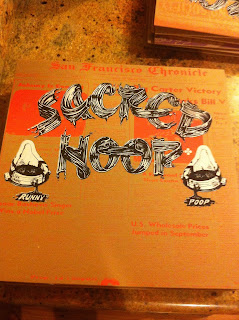 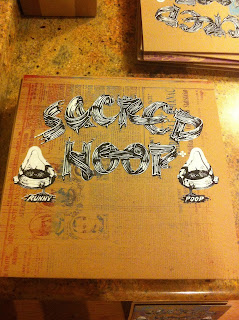 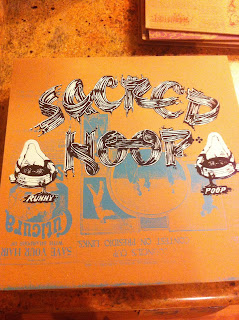 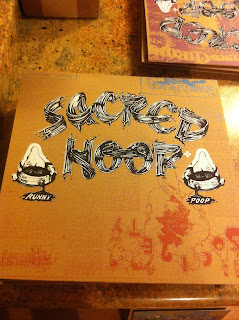 The $30 per record price is postage paid for USA only. OUTSIDE OF USA: the price is $50 per record for airmail shipping. The limit is 1 per customer. Payment in USD via Paypal only. Please list all of the items you are purchasing in the Paypal message box. SOLD OUT

Posted by MEGAKUT RECORDS at 11:38 AM