GRIMEY NOIR ZINES/COMICS OUT OF BUSINESS: $10.00
Grimey Noir #1
Traced, cut-up and re-written by Luke Sick: The introduction to the saga of Banshee, an adventurous young lass who once lived in a sewer naked and ate rats to stay alive, accompanied by the raw one-off record from Redwood City's most dangerous myth, Whores Of War, on 7" vinyl. 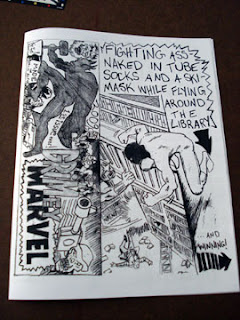 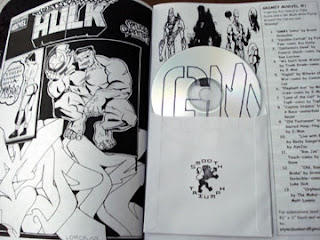 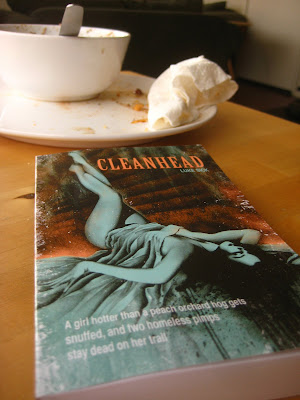 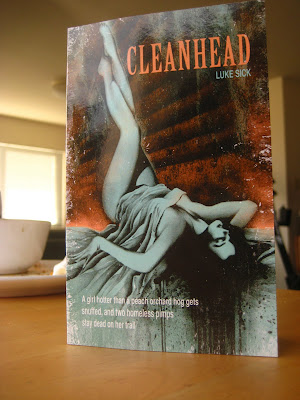 $25.00
In winter 2005 I began sending the episodes of a crime-fiction serial from Connie Clendenin to an eclectic, yet virtually unknown, nationally-distributed music, entertainment and culture magazine out of Chico, California, called Synthesis, with Matt Loomis (a Chico native) contributing the accompanying artwork. Originally titled The Unsworn Truth Of Cole And Nitty, the serial ran in eight issues (Synthesis #3-10) from November 2005 through May 2007.The end of my brief tenure as a Synthesis cri-fi contributor not so mysteriously coincided with the resignation of fellow writer Corey Bloom from the magazine's editorial staff. Corey was the visionary impetus who first suggested I assemble a fictional serial for a music rag, and I thank him for that opportunity and getting the proverbial ball rolling not to mention keeping me off the cutting room floor I'm sure (for a genre widely misunderstood in that medium, eight episodes is a marathon).
By the end of that year, the print version of the mag was by all means extinct, but for whatever reason, by some random explosion of perseverance, the 55-episode collection came to be. To correct the Synthesis' by-line confusion, Connie Clendenin, who was kind enough to provide us with an insightful introduction to this inaugural pressing of Cole's book
, is a March Country crime journalist and compiler of Cole's own handwritten, jailhouse confessions and not the actual author of the story. In the end I sent the finished manuscript to three people, and thank the gods, Jeff Rawson was one of them, because he thought it worthy of 40 printed copies with the serial's original artist, the exquisitely gifted Matt Loomis of Chico, providing the cover art. I hope it entertains. Alright, chill. - Luke Sick 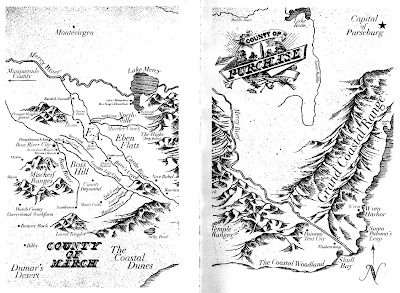 Download a .pdf of all eight original episodes as they appeared in the magazine here. (left click to Open, right click, Save As)
Posted by MEGAKUT RECORDS at 4:35 PM